Some of our ex Students tell us what it's like; life after North Chadderton:

I completed my A levels here at North Chadderton Sixth Form with the intention of going to study Astrophysics at Leeds University. I did not receive the grades that I needed to get into Leeds however and so had to go through clearing. The sixth form staff were so helpful throughout this process and really put me at ease during such a stressful time. I did manage to get a place at the University of Central Lancashire – a university that I had gotten a good feeling about after visiting on one of their opening days earlier on in the year – and have now completed my degree in Astrophysics, achieving a first at Masters level. I am now soon to start my career as a software developer. If there is something that can be taken away from this it is that even if you don’t necessarily get what you want initially, if you stick with it and put the work in then you can achieve what you wanted in the first place. 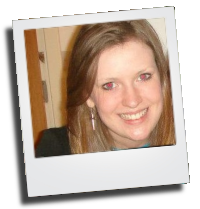 My name is Charlotte Kilroy and after finishing my GCSEs at North Chadderton I carried on to do my A levels at North Chadderton Sixth Form. I studied Applied Business, Psychology and Sociology in both years. Life at the sixth form was great! There was always mutual respect between staff and students, and we were treated as young adults rather than kids which I really appreciated!

I loved my subjects! It was the first time I had the chance to do all of them as Sociology and Psychology weren't offered at GCSE and I didn't choose to do GCSE Business, so it felt great learning completely new information and I loved the coursework and hands on approach of Applied Business! My favourite subject was and still is Psychology. I found it really interesting learning about why we behave the way we do from both a biological, cognitive and social perspective, learning about how the brain works and applying it to extreme cases of criminals in forensic psychology and also within normal every day behaviour.

I went on to get a BSc degree in Psychology at the University of Manchester which were the best 3 years of my life! However, I would have never chosen Psychology as my degree if I hadn't enjoyed it at sixth form, showing that North Chadderton played a big part in my decision!

Whilst at university I was part of the peer mentoring scheme within the Psychology department in second year. This involved making sure all the first years were settling into university life and answering any queries about the course! I also volunteered at Manchester Deaf Centre at their Friday youth club session which helped me develop my sign language and gave me the opportunity to work with young people of different abilities. I have volunteered with two educational psychologists alongside my 3rd year studies who have taught me about the role and given me the opportunity to apply what I learned from my studies to real life! This helped me realise that I want to become either a teacher or an educational psychologist, which was further confirmed after returning to North Chadderton School to do some voluntary teaching assistant work.

I am currently about to start a summer job working with 16 year olds on a summer programme with the National Citizen Service embarking on outward bounds courses and empowering them to have a voice in their community. I will then start my role as a Teaching Assistant in September which will hopefully help me decide which job I want to end up in!

However I would not have these job roles and opportunities, or be so passionate about Psychology if I hadn't loved the subject in Sixth Form or if the subject wasn't made so interesting by the teachers! 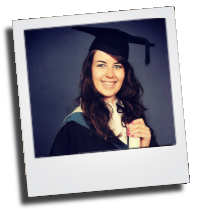 I was at North Chadderton Sixth Form from 2007 to 2009. I went to North Chadderton School so it seemed the natural progression to stay on with teachers who knew what I was good at and also how to make sure I did the best I could.

While in the Sixth Form I studied English Language, Media, ICT and Business Studies as even before doing my GCSEs I knew I wanted to go to University to study Journalism.

While at Sixth Form I helped out with the School Newsletter which gave me invaluable experience.

After two years and lots of hard work I left the Sixth form with 4 A Levels at grade A-C and also an AS in Critical Thinking. I went on to study Journalism at The University of Salford. While there I was awarded a Scholarship which helped massively and was partly based on my A Level grades.

I now work for a website design company which runs onepopz.com, a pop music website and onedirection.net, which is the biggest One Direction fan site in the world, getting millions of hits a month. I produce content for both websites including articles, videos and graphics such as desktop and mobile phone wallpapers.

So, as well as my degree, the experience I had with my A Levels has come in very useful too.

At Sixth Form I studied Psychology, Business Studies and ICT before going to Lancaster University to study a 3 year degree in Psychology.

Sixth Form lessons were in blocks which I found beneficial as we were able to consolidate knowledge and clarify grey areas rather than having the constraints of a one hour lesson. The small classes also meant we were able to gain more help and guidance especially in the run up to the exams, which I feel was another key element contributing to my success at university. The topics covered in Sixth Form were a good starting position for my first year at University as it allowed me time to adjust before the lectures progressed to more in depth issues and research.

At university, the work I did at Sixth Form was invaluable when it came to revising for my end of year exams as my folders were full of research which were great for examples of research not addressed in lectures. Now I have graduated from university I believe that North Chadderton Sixth Form was the building block which led to my success at Lancaster University.